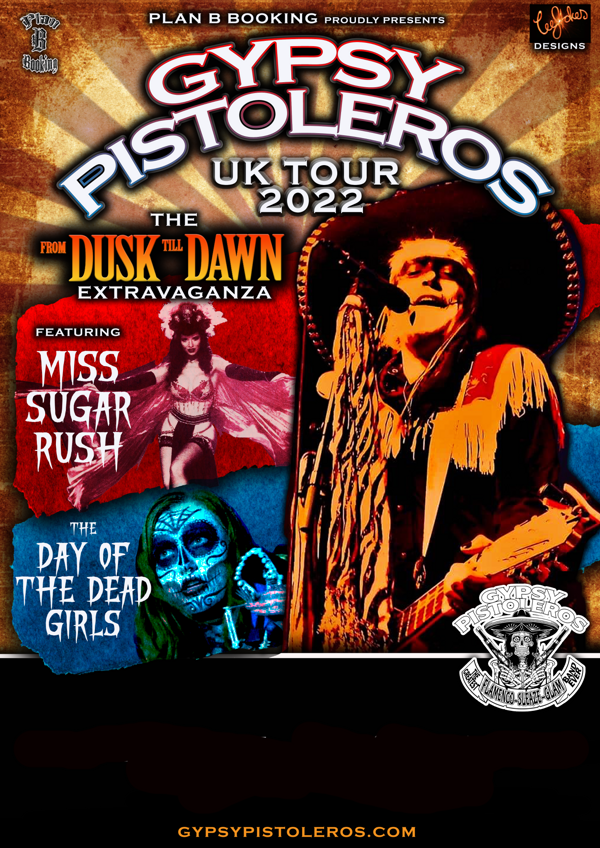 The new material promises to be edgier, punkier and heavier side of Gypsy Pistoleros, whilst retaining the Flamenco Rumba heart and fully embracing their fiery flamenco/rumba passion, with their distinctive crossover of punk rock 'n' roll leanings!

Gypsy Pistoleros have now moved onto the main Off Yer Rocka roster with the next releases exclusively to this branch of the lavel. The new single will be released in October 2022 on CD & Vinyl.

They embark upon a U.K headline The Good, The Mad & The Beautiful 2022 Tour in October 2022 to accompany the single release, they have also been added to the Hard Rock Hell Festival bill on November 3rd & 4th performing on the main stage alongside Skid Row, The Darkness & Ugly Kid Joe.

"Saddle up Commancheros, we ride!"