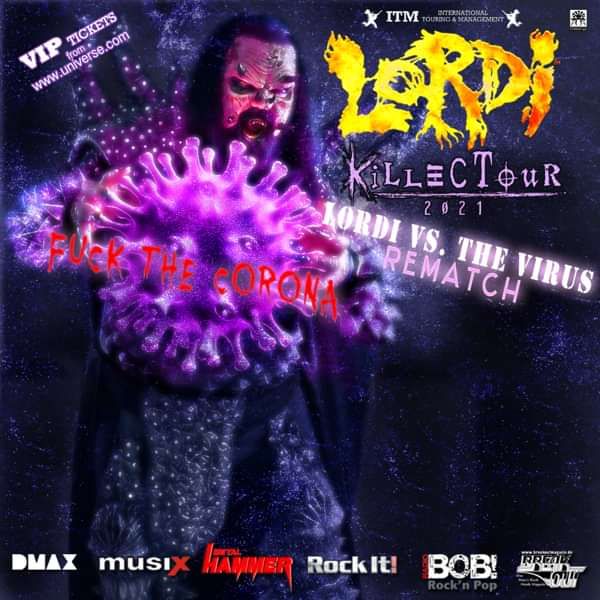 Nobody knows exactly how old the Finish monsters really are or how long they’ve been striking terror into people’s hearts.

costume designer Mr. Lordi. The band has deep Finnish roots, originating from the city of Rovaniemi, in Lapland. In 2006 they

Contest up to that time.

But is it possible that this is only a pale misperception of our poor, small, pathetic reality? Is there, however unlikely it may

seem, another truer reality? What if LORDI would have already been making music since the early 70's? And what if they

have been releasing one hit single after the other since those times and now, almost 50 years later, are looking back on a full

collection of songs that have been successful ever since?

This is exactly the idea that LORDI are celebrating, or maybe a more appropriate word is executing, with their newest studio

album “Killection.” Killection will be released on January 31st via AFM Records/Soulfood Music. Once more Mr Lordi, the

master of the masquerade, presents us with one of his ideas, absurd and genius at the same time, and comes up with a

concept that has never been done before in the music industry: "Killection" is a compilation album that simply says “what if”

LORDI had been in existence since the early 70's. It contains all their imaginary hit singles from different periods done with

painstaking attention to detail using authentic studios and vintage technology. This is how they would have sounded if LORDI

would have made music back then and therefore would have had the hit material to release this compilation now.