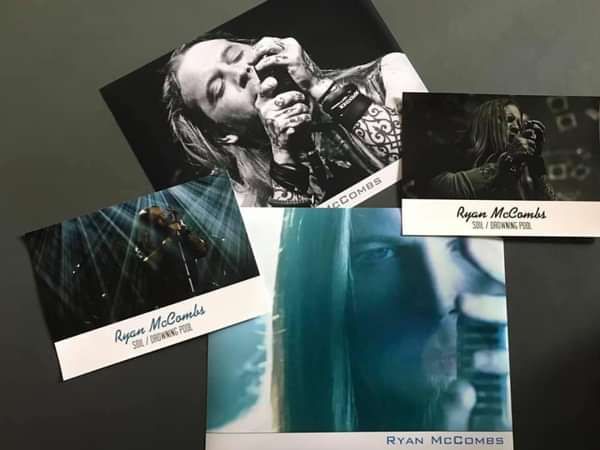 For several years I have had the itch to toy around with the creation of acoustic versions of the SOiL & Drowning Pool songs that I was a part of. I put it this way as they aren’t just songs from my era w/ those bands simply played acoustically, I wanted to pull some emotions out of them that become more evident when they are broken down. With a lot of time and work, laughs and WTF’s?!? I feel like Beau, Chris, Julian and myself uncovered some new takes on some songs that have meant a lot to me over the years. Songs that I haven’t gotten to sing, release the emotions behind in 8+ years. Seeing as SOiL shows & business takes first, second, third,....137th priority over wanting to scratch this itch, Finding an opportunity to share these little nuggets has been tricky. Though SOiL’s touring doesn’t keep me as busy as the old days, there are a lot of business fronts that have to be taken into consideration when arranging schedules. SO,..a few weekends have been found for me to find a few intimate settings and finally scratch the sh*t out this itch along with those of you that can come out and spend a little time with. There’s no band name as there isn’t a “BAND” in the traditional sense. It’s just friends helping me fill some down time with something I’ve desired to do for a long time. There are nine dates that will be put out there, Not a tour, just weekend warrior dates. Fri, Sat, Sun within an easy drive for my old arse. Anyway, if you hear about it and you wonder, “What’s that about?”well, that’s what it’s about. If you’re up for a mello, laid back ACOUSTIC time and can catch “An Evening With”, cool