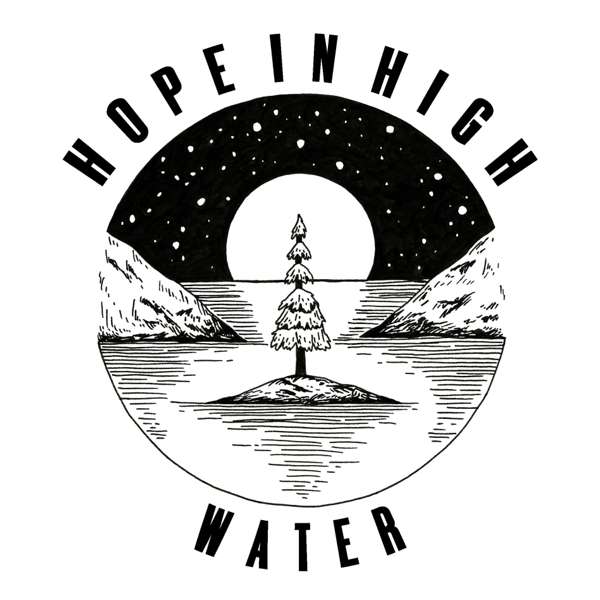 Hope In High Water are a duo from Milton Keynes, UK whose distinctly British take on acoustic Americana has captivated audiences across the UK since early 2014. The pair incorporate folk, blues and country into their compositions, delivering what Rock’n’Reel Magazine describe as ‘exuberant songs performed with passion and intensity’.

An unlikely pair to be pushing the frontiers of the Americana/folk scene, both Josh and Carly started out in the punk scene, churning out high-energy performances and angry, politically charged music night after night. This sometimes comes as a shock to those who have come to know the pair for their intense and authentic brand of folk. However, it is from these roots that Hope In High Water developed a strong belief in the importance of honest and sincere song writing and a taste for the darker elements of the American folk tradition. By combining that approach with an intense love of various traditional forms of music from blues to country, folk to soul, the pair has found an original way of interpreting these traditional sounds.

Hope In High Water’s sound is strongly influenced by the wanderlust and sense of movement that carries through their lives. Both spent much of their childhoods travelling, Carly with her dad’s work that pulled her from place to place and country to country and Josh with his Blues musician parents who showed him the joys of a bustling bar on a Saturday night. These experiences left a longing in the pair that lead both to independently start bands and tour the UK and Europe throughout their early twenties.

It is through the travelling lifestyle that the two were to meet in a London venue in 2010. Crossing paths again several years later, the pair quickly formed a bond and within months were both living together and beginning to collaborate musically. With the demise of both of their respective bands, Josh and Carly both quickly began to again feel that familiar pull of the road and decided to take the dark, roots inspired brand of folk they had been honing at home out into the world.

Shortly before coming together, both Josh and Carly had worked through personal challenges that would become highly influential in the writing of ‘Never Settle’, Josh having lost one of his best friends to cancer and Carly confronting the turbulent fallout of years of addiction and the challenges of staying sober. In this way the album shifts between light and dark, savouring in blessings whilst also coming to terms with and openly discussing the darker more challenging parts of life.

The music itself draws heavily on the lonesome, soulful influence of America’s musical traditions, reminiscent at times of the field songs of the South or the blues of the Delta and combining this with modern folk/Americana/country influences such as Justin Townes Earle, Shovels & Rope and Andrew Combs. Although heavily influenced by these traditions, Hope In High Water are acutely aware of their own roots, living in the urban town of Milton Keynes in middle England, a million miles from Route 66 or the romanticism of the American landscape. Instead they create something firmly grounded in their own experiences of the world and relevant to modern folk fans.

Since releasing their first EP ‘When Sorrow Calls’ in 2016, Hope In High Water have picked up features from R2 Magazine and Americana UK, as well as receiving radio play across the UK and US from a variety of local and national stations including BBC Radio 1. They have also found themselves sharing the stage with many of the most prominent artists in the scene such as Justin Townes Earle, Nikki Lane, Willie Watson (Old Crow Medicine Show), Cale Tyson, Beans on Toast, Aoife O'Donovan, The Hackensaw Boys, The Stray Birds, Otis Gibbs and Cahalen Morrison & Eli West.

Late last year Hope In Hope High Water went into the studio with Luke Yates (Crazy Arm) to record their debut album, Never Settle, due for release 26th May 2017. The intention was always to retain the raw intensity of the live show and with this in mind the whole album was recorded in only 4 days. With the addition of Darren Capp on drums and Luke Yates on fiddle, Hope In High Water were able to create the full, warm sound of a band recording without losing the intimacy that the songs required.

With a heavy focus on sincerity and an awareness of conveying the intensity and intimacy of the live show, Hope in High Water have created an album they are proud to share.

Hope In High Water have established themselves as one of the hardest working acts in the UK folk/Americana scene, sharing the stage with many of the genre’s most prominent stars, such as Justin Townes Earle, Nikki Lane, Lilly Hiatt, Willie Watson (Old Crow Medicine Show), Cale Tyson, Beans on Toast, Aoife O'Donovan, The Hackensaw Boys, The Stray Birds, Otis Gibbs and Cahalen Morrison & Eli West. Off the back of their tireless gigging schedule and successful album ‘Never Settle’, the duo have picked up features in R2 Magazine and Americana UK, and have also received radio play from across the US and UK, including BBC Radio 1. 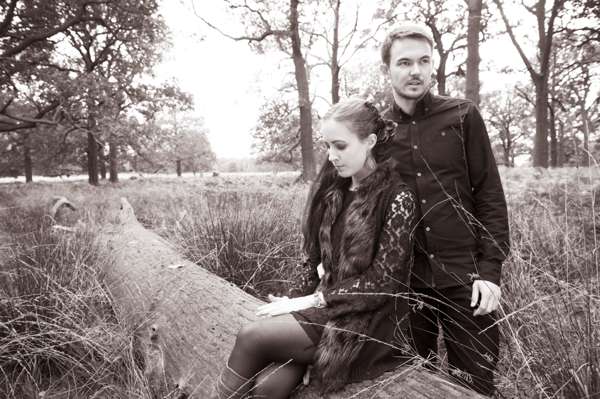